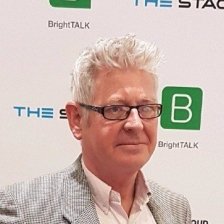 Ian has worked for HMG in a number of defence and intelligence roles for over 25 years following a highly successful career in HM Armed Forces. A move from front line operations took Ian into the world of IT Service Management, eventually transforming the Problem Management function into a proactive and positive force within the organisation using well established ITIL principles. A move in 2012 saw him move into the data centre space as a service relationship manager following promotion. In 2014, Ian became the operations manager for data centres covering a large part of the organisation’s data centre estate. In 2019, Ian moved over to InfoSec, looking at data protection, protective monitoring and audit & accounting.

Outside the day job, Ian is very passionate about inclusion and diversity, playing an active role in trying to encourage young and diverse talent into the IT industry. He is also a keen musician and recreational golfer.

You can find Ian Holford speaking on...

Panel: What does the next gen data centre look like? IoT, AI, ML, 5G, and virtualisation