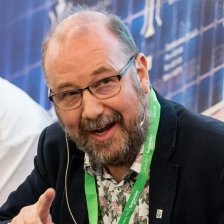 Jon Summers is Scientific Leader in Data Centres at Research Institutes of Sweden (RISE), Adjunct Professor in Fluid Mechanics at Lulea Technical University in Sweden and a senior academic from the Institute of Thermofluids at the University of Leeds in the UK. During the last 25 years, he has worked on a number of government and industry funded projects requiring the use of computation. Having built and managed compute clusters to support many research projects, Jon chaired the High Performance Computing User Group for 20 years at the University of Leeds. In the last eight years Jon’s research has focused on a range of thermal management and energy flow projects within the Data Centre, Heating Ventilation and Air Conditioning and industrial sectors. Since early 2013 Jon has been involved in liquid cooled IT research projects, focussing both at the data centre and the microprocessor scales, which has been further transformed by the opportunities of integrated digital infrastructure research at RISE, which includes the operation of large testbeds. The activities focussing on thermal and energy management of microelectronic systems has led to many invited talks within the data centre community.

You can find Jon Summers speaking on...

Panel: What does the next gen data centre look like? IoT, AI, ML, 5G, and virtualisation